Organizers: A team of transdisciplinary investigators from the Advanced Computational Neuroscience Network (ACNN), including: 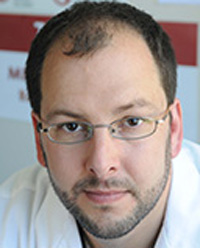 Deep Phenotyping of the Individual: Data Science Challenges and Opportunities

No two individuals are exactly the same, and each person experiences transitions over time that can affect brain function and behavior. Typically human neuroimaging analyses combine measurements from many people, providing a fictional “average brain” that collapses meaningful variation. Recently our work has turned to exploring the detailed organization of individual brains and how that organization differs across people and changes over time. This push toward the individual brain is critical for clinical translation as well as a number of open questions about how transient brain states influence behavior. In this talk I will survey some of the informatics challenges and discoveries that arose from our development of low-burden large-scale data acquisitions across thousands of individuals and how these approaches have been redeployed to study the individual brain over time.

Randy L. Buckner is Professor of Psychology and of Neuroscience at Harvard University and affiliated with the Center for Brain Science. He is also Professor at the Harvard Medical School and the Director for Psychiatric Neuroimaging Research at the Massachusetts General Hospital. He received his Ph.D. degree in neuroscience from Washington University, under the direction of Steven Petersen and Marcus Raichle. He trained with Bruce Rosen as a postdoctoral fellow and then Instructor of Radiology at Harvard Medical School, where he pioneered new functional MRI methods to study human memory. His work expanded to include studies of Alzheimer's disease and neuropsychiatric illness. This work led to a description of the brain’s default network and how it is targeted early in the progression of Alzheimer’s disease. Over the past several years, his laboratory has targeted understanding the idiosyncratic organization of the brains of individuals. Professor Buckner’s awards include the Wiley Young Investigator Award from the Organization of Human Brain Mapping, the Young Investigator Award from the Cognitive Neuroscience Society, the 2007 Troland Research Award from the National Academy of Sciences, and the 2010 Award for Medical Research in Alzheimer’s Disease from the MetLife Foundation. He is a fellow of the American Academy of Arts and Sciences. 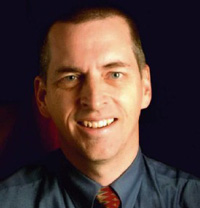 Dr. Calhoun is currently Executive Science Officer at the Mind Research Network and a Distinguished Professor in the Department of Electrical and Computer Engineering at the University of New Mexico. He is the author of more than 500 full journal articles and over 550 technical reports, abstracts and conference proceedings. His work includes the development of flexible methods to analyze functional magnetic resonance imaging such as independent component analysis (ICA), data fusion of multimodal imaging and genetics data, neuroinformatics, and the identification of biomarkers for disease. Among other things, he leads an NIH P20 COBRE center grant on multimodal imaging of schizophrenia, bipolar disorder, and major depression as well as an NSF EPSCoR grant focused on brain imaging and epigenetics of adolescent development. Dr. Calhoun is a fellow of the Institute of Electrical and Electronic Engineers, The Association for the Advancement of Science, The American Institute of Biomedical and Medical Engineers, The American College of Neuropsychopharmacology, and the International Society of Magnetic Resonance in Medicine. 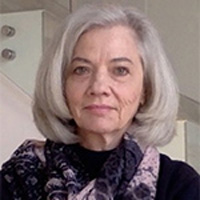 The ABCD Study is a landmark, nationwide longitudinal study focusing on health and mental health of adolescents. The consortium will enroll 11,500 children and perform repeated assessments that include multimodality MR imaging, biospecimen collection for genetic, epigenetic, hormonal, and other biomarker assays, and mobile technologies for passive data collection. In addition, multiple environmental factors will be assessed. The children will all be 9 or 10 years of age when enrolled and followed for 10 years. Some of the primary objectives of the study are to:

In this presentation, the emphasis will be on the open science model adopted by the ABCD Study, and on a description of the evolving data repository.

Dr. Terry Jernigan is Professor of Cognitive Science, Psychiatry, and Radiology, and Director, Centerfor Human Development at the University of California, San Diego. For over 30 years, she has studied the human brain using noninvasive imaging. This work has focused on brain development and aging, neurodevelopmental disorders, neuropsychiatric and substance use disorders, and neurodegenerative disorders. For the last decade her central research interest has been the developing human mind and brain, with a focus on the dynamic neurodevelopmental processes that give rise to human individuality—and on how these processes are affected by experience, substance exposure, genetic variation, and other factors. She is Co-Director of the Coordinating Center for the ABCD Study. She serves on the Council of Councils of the National Institutes of Health, and on the scientific advisory boards of several research organizations in the United States and Europe. 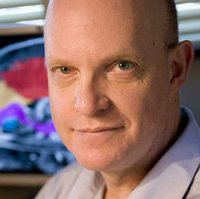 A project on scientific transparency

The complexity of neuroimaging data and methods limits our ability to check one another’s work. When Bob Dougherty and I developed the infrastructure for an MRI center at Stanford, we were determined to try to help investigators manage the large-scale neuroimaging data and to support them by providing computational tools. Our ambition was to provide an experimental environment that supports both sharing published data and the computational methods used to analyze the data.

I will describe the cloud-scale collaborative-science (CS)2 software tools we are developing to help scientists steward neuroimaging data and computations. Data from our instruments are directly imported into a database that is managed by the Center. Data sets are checked for completeness and critical functions (backups, quality assurance, file type conversion) are automated. Mechanisms for sharing platform-independent computations are part of the system. Our approach to making the system sustainable through a commercial entity will be described.

Note. This work is in collaboration with Gunnar Schaefer, Michael Perry, and Renzo Frigato. We are grateful to the Simons Foundation and Arnold Foundation for their support and Victoria Stodden, Dave Donoho, and Mattan Gavish for useful discussions.

Brian A. Wandell is the first Isaac and Madeline Stein Family Professor. He joined the Stanford Psychology faculty in 1979 and is a member, by courtesy, of Electrical Engineering and Ophthalmology. He is Director of Stanford’s Center for Cognitive and Neurobiological Imaging, and Deputy Director of Stanford’s Neuroscience Institute. Wandell’s research centers on vision science, spanning topics from visual disorders, reading development in children, to digital imaging devices and algorithms for both magnetic resonance imaging and digital imaging. Wandell graduated from the University of Michigan in 1973 with a B.S. in mathematics and psychology. In 1977, he earned a Ph.D. in social science from the University of California at Irvine. After a year as a postdoctoral fellow at the University of Pennsylvania, he joined the faculty of Stanford University in 1979. Professor Wandell was promoted to associate professor with tenure in 1984 and became a full professor in 1988. In 1986, Wandell won the Troland Research Award from the National Academy of Sciences for his work in color vision. He was made a fellow of the Optical Society of America in 1990; in 1997 he became a McKnight Senior Investigator and received the Edridge Green Medal in Ophthalmology for work in visual neuroscience. In 2000, he was awarded the Macbeth Prize from the Inter-Society Color Council, and in 2007 he was named Electronic Imaging Scientist of the Year by the SPIE/IS&T, and he was awarded the Tillyer Prize from the Optical Society of America in 2008. He was elected to the American Academy of Arts and Sciences in 2011. Oberdorfer Award from the Association for Research in Vision and Ophthalmology, 2012. In 2014 he was awarded the highest honor of the Society for Imaging Science and Technology. In 2016 he was awarded the George A. Miller prize of the Cognitive Neuroscience Society. Wandell was elected to the US National Academy of Sciences in 2003.

Oral presentations are scheduled on Friday for 12 minutes each with 3 minutes question and answer period following each talk.

Posters will be on display in the Frangipani Room during the workshop. Please join us for a coffee break and poster session from 2:35PM to 3:35PM on Friday.

With the support of the National Science Foundation and our generous sponsors, we are proud to support 69 undergraduate, graduate, and post-doctoral students in participation at the Workshop. (Three students not listed by request.)

A web form will be provided soon to submit items for inclusion in the sharable resources. Examples (not an exclusive list) of appropriate resources that may be suggested includes:

A block of hotel rooms on the IU Bloomington campus have been reserved for people attending the Big Data Neuroscience Workshop.

The Indiana Memorial Union (IMU) is located in the center of campus and is in easy walking distance to many of Bloomington’s downtown shops, cafes and restaurants. The IMU will serve as the host hotel and will be the site of workshop registration, sessions and food events.

In order to secure a hotel room at the Indiana Memorial Union, contact the hotel directly or reserve your room on-line. When phoning for your reservation, you must identify that you will be attending the ACNN Workshopin order to obtain a room.

There are many hotel options outside of the IU Bloomington campus. Some hotels are located within walking distance; some are a short drive from campus. Check out the Visit Bloomington web site for off campus lodging (http://www.visitbloomington.com/visitors/hotels).

Most attendees who elect to fly to the workshop will fly to the Indianapolis International Airport.

Location: 50 miles north of Bloomington, IN

Ground Transportation from the Indianapolis Airport to Campus and Return

Most major car rental companies provide service at the airport. Car Rental companies are located in the Ground Transportation Center on the lower level of the terminal, outside Baggage Claim.

There is no convenient bus service from the Indianapolis Airport to IU Bloomington.

Taxis service is available, but is very expensive and not recommended.

Parking is free of charge to those staying at the Indiana Memorial Union Biddle Hotel.

Attendees electing to stay at off campus hotels who wish to drive to campus and park their car on campus may do so in the two parking lots adjacent to the Indiana Memorial Union. There will be a fee for parking in these lots. Discount parking passes will be available at the registration check-in desk for conference participants. The approximate discounted parking fee is currently $12/day.

In order to plan for your arrival, we encourage you to register early.

A refund, less a $10.00 administrative charge, will be accepted if received by midnight Monday, August 8th. Refunds will be made in the same form that you submitted payment. Refunds will not be issued after August 28th, but you may substitute another delegate.

All cancellation requests must be made in writing and either emailed or faxed to the Conference Registrar at: iuconfs@indiana.edu or FAX: 812.855.8077

If you have questions about how to register or how to cancel your registration, contact the Conference Registrar, Melissa Kocias at: iuconfs@indiana.edu or 812.855.4224

This work is sponsored by National Science Foundation Award 1636893. Additional workshop sponsors include: